After our initial pass at the project under the name Black Death, we decided to give the entire game a much needed face lift starting from the ground up.

I revisited the overall design of the Castle and the general flow of the player from their first moments stepping forth into the Courtyard to the dreadful underbelly teaming with Undead.

Working with a new team of artists we pushed for a richer color pallet and a strong sense of architecture in the new layout. I felt the rich colors against a drab cold environment would be an interesting dynamic to run with in order convey the lavish life style of the Castle Nobles who were massacred during their decadent festivities. The more intricate architecture also helped sell the authenticity of the era to which the game is set.

This time I really stressed the sense of isolation as the initial emotion to convey to the player.
Introducing Static Camera angles and tracking shots really helped sell the tone early on of being watched, as well as building an over arching sense that the player may be confined, even  in an open space such as the courtyard. It also served as a valuable tool in communicating to the player key areas and directing them toward their next destination without tugging too hard on their coat tails.

The greatest difficulty was in the selection of the shots, both with respect to spacial awareness and composition. Both these concepts were constantly at odds. A good composition would throw the player off specially, causing confusing in what was forward or backward, and a specially sound shot that didn't confuse the player, communicated nothing about the level.
I would soon discover adhering to a strict 45-90 degree rule in respects to the previous shot the player entered would cause next to no spacial confusion allowing me to frame a shot as best I could within those parameters. 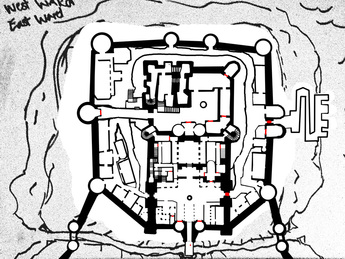 This was the first layout I drafted for the new Castle Greyhelm. I felt the initial design in Black Death was far too over the top, fitting for a far more fantastical world than the historical  14th Century facade we had orginally planned.
After many more hours combing over countless Castle reference I found the Castle Dover of England as a fitting choice to begin basing the Castle's structure off.

I  designed the courtyard and its interiors with the outer wards in mind to try and give  a sensible and logical  layout in respect to the rest of the castle even though I would likely not build them into the actual level.

This layout would be the basis of my initial level pass which would evolve over play-throughs and internal testing on the project. As a level designer I tend to weigh heavier on feedback and iteration than  relying on doing 2d layout after 2d layout.


The addition of the underground portion stayed in rough sketches for a while, but it was after countless prototypes in engine I went with a layout derived entirely out of iteration within UDK's BSP system using rough static meshes to indicate areas that BSP could not. 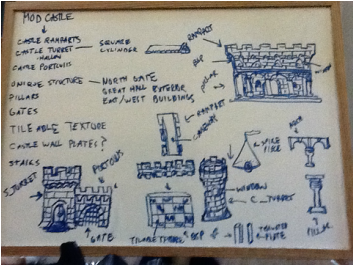 Working with a talented new environment artist ( Jonathan Yomayuza), I set out to create a more precise set of modular pieces that would adhere to a consistent architecture but also be flexible enough to iterate different layouts if need be.
With the use of UDK's prefab system we were able to construct larger buildings or gateways that we could then repeat throughout the level. With the use of some nifty material shaders created by the environment artist we were able to mask some of repetition in the level.

Bringing the Dead to Life... 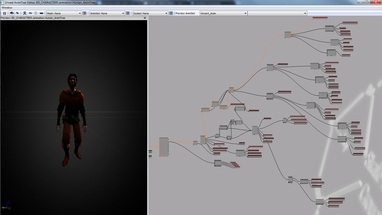 Since the beginning of the project I had always stressed a large range of expression from our main character. But due to many difficulties early on with the rigging process we fell short in some of those areas, resulting in a stiff performance from our main character.
I did not want those same difficulties this time around so I  put a lot of my efforts into getting a good facial rig up with the help of a new rigger. I would then pour a lot of my efforts into designing and updating the anim tree for Vincent.

I've always felt in 3rd person games a lot of the player's emotion can be reinforced and influenced by their on screen counterpart, the avatar. In this case its this frightened little Squire whose being beaten and chased about by the Undead. I felt in order to really have the player empathize and ultimately emulate his feelings, the character really had to emote well.
We set out to do this with the aid of our prolific animator Sammy Haralambous who supplied not only Vincent with more than forty unique animation cycles but just as many for our Undead Enemies. 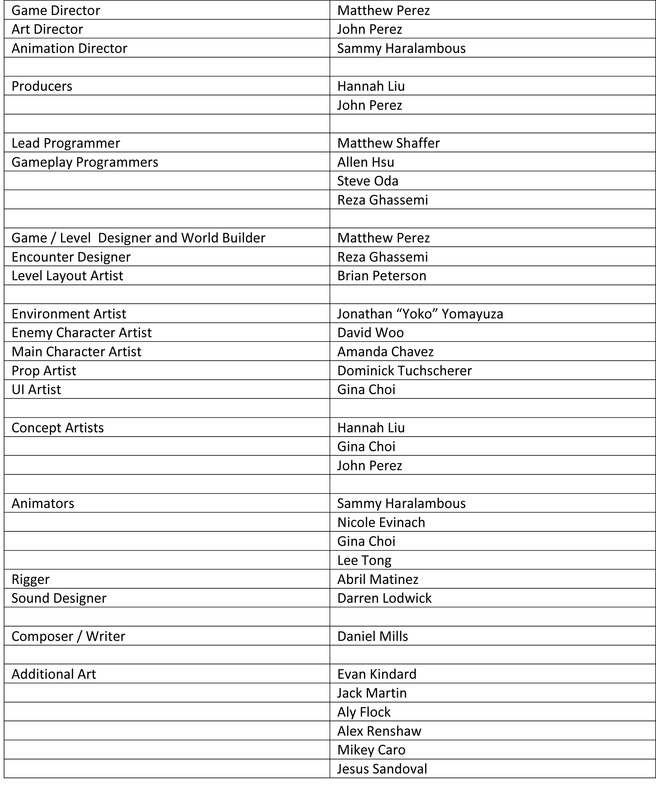